Flat Designs are Here to Stay and Here’s Why

Home » Flat Designs are Here to Stay and Here’s Why

You may still remember how intriguing it was when Apple released iOS 7 in 2013. Everyone was surprised when the tech giant adopted a flatter design for their user interface. People weren’t ready yet to leave the skeuomorphic design the previous iOS versions had. But the overhaul Tim Cook himself dubbed as “the biggest change to iOS since iPhone” has become a staple in most operating systems years later.

It wasn’t only Apple that embraced this revolutionary design. Microsoft’s Metro Design Language was seen on a defunct digital media player Zune as early as 2006. The media player didn’t succeed but Microsoft retained the design. Just look at Windows 11 and how flat its interface looks. Not to mention how most companies adopted the flat design for their logos.

This only means that the design concept isn’t going away anytime soon. But what’s in it that designers and consumers adore? Here are some reasons why flat designs are here to stay for quite some time.

With its simplistic construction, flat designs are more comfortable to look at. People were so used to seeing eye-popping designs on brands and packaging. They sometimes miss looking at the more important things the product can offer. This is where the significance of flat designs comes to play.

Attractive logos that are based on flat designs can catch attention. But it doesn’t overshadow other essential elements consumers must see. That’s the beauty of simplicity. It makes you focus on the subject and gives way to secondary elements people should notice.

There were times when people get confused about what they’re clicking on a mobile phone. Data could be beautiful but the graph is so hard to grasp because of the design. Some designs are too intricate to understand. This is one of the problems flat designs solved. The concept made the designs more comprehensible for the people. A brand that’ll reach out to an explainer video animation company would likely prefer to commission infographic-style videos with flat graphics. This is because flat visuals are easier to digest. YouTube channel Kurzgesagt — In a Nutshell can attest to this because of its success using the flat design animation technique.

Remember how pleased people were to see a digital version of a library in Apple Books? Skeuomorphism was the go-to design for graphical user interfaces back in the day. It experienced its peak when people enjoyed digital versions of everyday things. The design concept was highly appreciated until flat designs made an appearance. The design was more aesthetically pleasing cause it had less clutter. Apple’s iOS and its geometrical square with rounded corners look polished. They were able to show their full potential with the release of iOS 7.

Apple followed suit when Android implemented the flat design concept in 2011. Flat designs have since become a staple with the user interface of most smartphones. This is a perfect choice for design decisions. They just look clean and less destructive which makes navigating easier.

Most designers think about the users’ convenience. But they also think about other designers. These people are going to base their designs on the standard concept. It’s easier to conceptualize flat designs cause they have fewer layers. The only criteria you have to keep in mind is it needs to be memorable. But when it comes to technicalities, flatter designs are easier to create. This also makes them less complicated to execute.

Another thing that makes this concept good is you can still put depth to it. It’s not limited to being flat. You can put shades and shadows allowing the design to look more defined. And it’s not even hard to give depth to a flat design. This is a feature most designers enjoy when creating visuals based on the flat design concept. 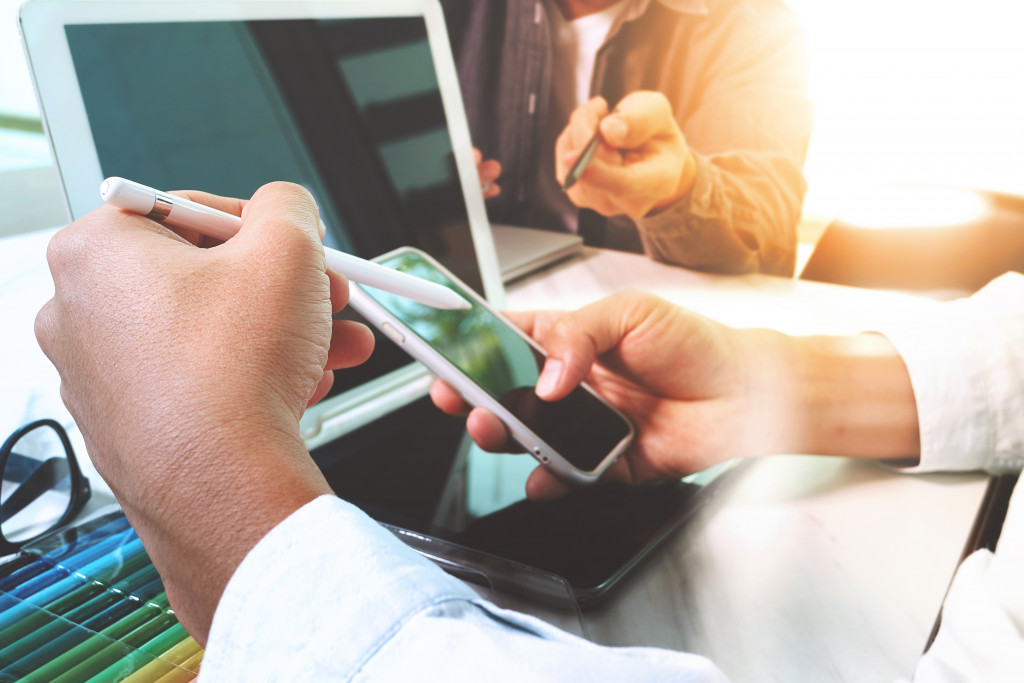 We’re living in an era when most people use mobile phones. Designers need to consider this when creating visual concepts. Some users are too old to recognize letters. Some people are visually impaired. Kids are also using mobile phones nowadays. Designs need to be inclusive to resonate with people from all walks of life. Flat designs do the job perfectly, and they’re mobile-phone friendly.

The concept of flat designs has generated some detractors up to now. But it looks like they’re going to hate it for a longer time. The design concept will be staying with us for more years to come.