Food for the Eyes: What Makes Meals Look Appetizing

Home » Food for the Eyes: What Makes Meals Look Appetizing

Here’s what a healthy food experience looks like: we start by judging how it looks, how it smells, and finally, how it tastes. However, there are times when our sense of smell overshadows our sense of sight. When something smells good but doesn’t look as presentable, there’s still a chance that we’ll make it to the last phase –tasting. Most of the time, the smell is a stronger indicator of how something would taste compared to what the eyes can see.

This is why there is an entire industry focused solely on looking for ways to make dishes more appealing. Food stylists have tons of magazines and cookbooks that showcase different ways to “style” food and present them in a way that would make anyone salivate crave for more.

Eating is an experience that involves all our senses; as such, it should be able to trigger and stimulate all, not just one, kinds of sensations. How everything looks, tastes, smells, the vibe of the place where you are, who you’re with, and even your dining room furniture to some degree – all these things have an impact on how you enjoy the food.

Researchers have revealed that a hormone is responsible for triggering people to eat more by causing food to appear more delicious. Ghrelin, a natural molecule, is capable of improving people’s memory and perception of things related to food. It acts actively on the brain to make food look more appetizing.

It was also discovered that this hormone could influence memory. High amounts of ghrelin made test subjects remember food pictures better, and scientists concluded that this could help people who are starving to consume more food that they may not even consider appetizing in the first place. Beyond moderate levels, however, it could cause weight-related problems. Some therapies counter these known effects of ghrelin. However, researchers concluded that these might have adverse side effects on a person’s mood, as they would be focusing on the brain’s pleasure areas.

When it Comes to Food, Looks Do Matter 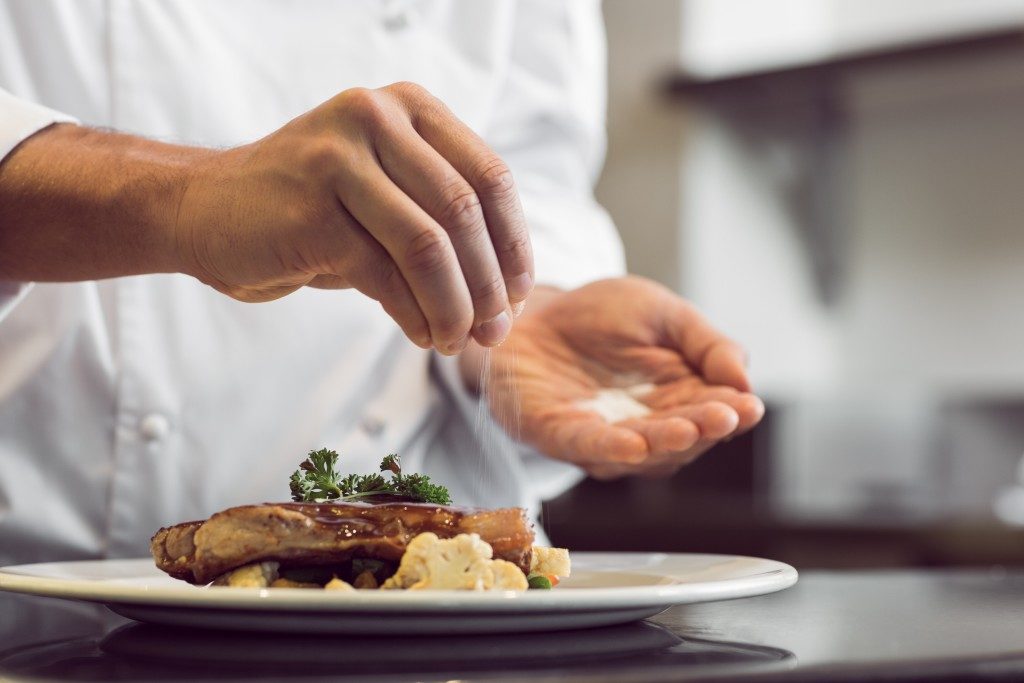 Taste and appearance are equally important if your goal is to maintain a healthy eating plan. Thankfully, you don’t need to have a personal chef to create meals that are both delicious and a visual masterpiece. Just think about the things you like, and arrange them neatly on the plate.

This technique of creating “edible art” is known in the culinary world as “plating.” Professional chefs use this to make every meal they serve not only taste good but look appealing as well. The same is true even for healthier options. Some people who aren’t big fans of healthy food choices, like vegetables, may be more inclined to give them a taste if they look presentable on the plate.

One advice experts give when it comes to creating your culinary art piece is to see the plate as a unified canvas. Give your presentation as much depth as you can with the right balance of colors, patterns, lines, and composition.